‘A shy student trying to reach his family in Ohio, and a gun-toting tough guy trying to find the Last Twinkie and a pair of sisters trying to get to an amusement park join forces to travel across a zombie-filled America.‘ 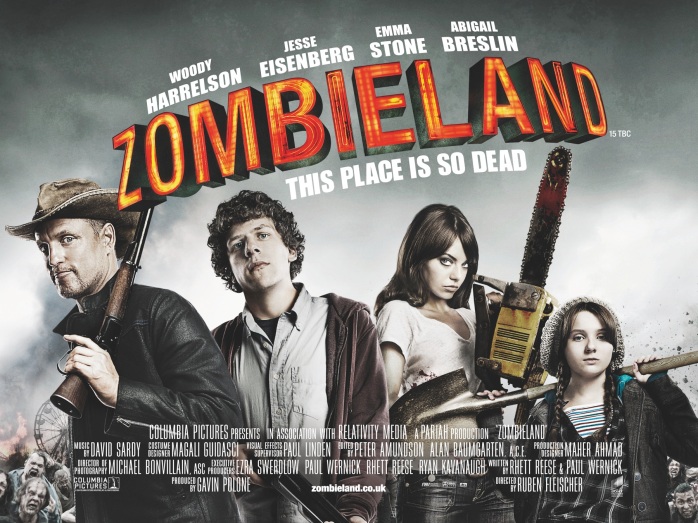 I’m sure there’s some kind of research devoted to understanding why, when an idea hits a creative medium, it must then be milked until its dry and desiccated husk crumbles and is blown to the four winds. Does the onus lie with the creative types, or with the audience who laps it up? This is no dig at creators in a field of work – if they are a professional then they can create whatever the hell they please. But surely most of us can admit it when there is overexposure of an idea. George Romero made zombies cool once upon a time with Night of the Living Dead, but this was back in the days when making movies was really, really hard work. If someone saw that film, and then wanted to make an homage or a spoof or anything involving the prefix “re”, it would cost them thousands of dollars and years of their life. Nowadays, Edgar Wright makes zombies modernly cool with Shaun of the Dead, and subsequently the shelves at Blockbuster are filled with insanely titled diversions like All You Need is Brains, Bong of the Dead, Zombie Strippers and Zombie Honeymoon. 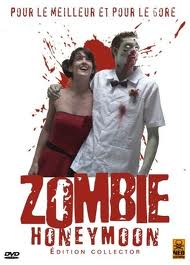 I am not making these up.

Now we’ve got a truckload of genre mashing, tongue-in-cheek-being-chewed-on-with-mouth-open, limited appeal zombie comedies, and I’m curious as to what the effect might be on an actual reviewer if he or she actually had to sit and go through them all. Perhaps this is how World War Z will actually start?

This may have caused all the trouble in The Shining actually.

Having said all this, Zombieland is an example of doing it right. It’s well shot, edited together in a very distinctive style which is far from off-putting; it is paced well, allowing for appropriate breathing time between zombie attacks; and it is planted in such familiar surroundings that it’s easy to step into the car with the cast, who are perfect – every one of them. It’s fairly astonishing that characters who would normally have nothing to do with each other due to their differences, banter and interact like the cast of M*A*S*H* when thrown together in this zombie-pocalypse. Essentially following the format of the “road trip” movie, Zombieland finds four survivors of the collapse of the world (or at least the USA) coming together and making their way to the fabled land of… well, wherever it is that bad stuff is not happening. There needs to be little in the way of actual plot, since the gags in the flick play out more along the lines of a visual stand-up comedy show. And the gags are brilliant – even watching them repeatedly can still bring on a chuckle; and in the end, isn’t that the test of a comedy?

I’m hard pressed to find something I didn’t like about this flick. Woody Harrelson’s hardly been better than he is here; there are moments of genuine glee on offer, such as when the group completely trash a tourist gift shop just to let off some steam; and then there’s that cameo!

I’m not a fan of zombie movies or horror in general, and this is actually a device of the film that I found quite endearing (to me at least): the main character narrates the proceedings and introduces his list of rules that allow him to survive living in Zombieland. These rules deconstruct the horror of the situation simply by introducing that which people lack in regular horror flicks – common sense. This is embodied by Rule no. 2: The Double Tap – when you think the zombie’s down for the count, put another bullet in the head. Why take the risk?

Invite the gang around for the evening. Cook a BBQ, drink some beers, put on White Men Can’t Jump for ten minutes while nobody watches, then shout out “Hey, y’know what this guy’s great in?”. If anyone tries to distract anyone else from Zombieland, hit ’em with Rule no. 2.