‘Nick Fury of S.H.I.E.L.D. brings together a team of super humans to form The Avengers to help save the Earth from Loki and his army.‘ 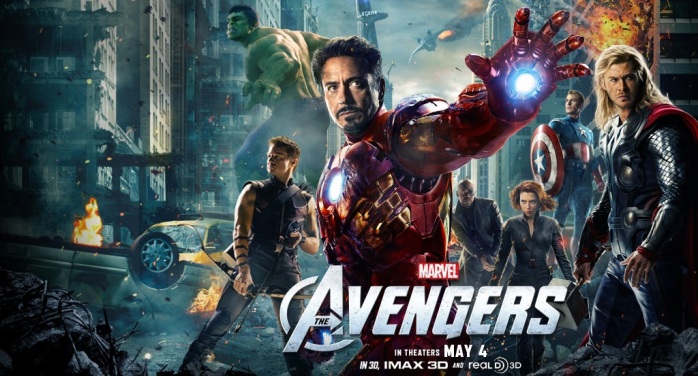 Marvel’s experiment with a shared movie universe has been defying the odds for a while; the various Iron Man, Captain America and Thor movies have each been successful in their own right, and even the less than stellar Hulk movies have pulled in a reasonable income. But the real question on everyone’s mind was whether anyone could pull off a movie that featured all of these characters without feeling like a complete mess. Happily, Joss Whedon is up to the task; delivering a solid movie that doesn’t quite live up to the hype (could anything?) but never fails to entertain throughout.

Viewers who haven’t seen the previous movies centered on the individual heroes will feel lost at sea with The Avengers, but that’s not necessarily a bad thing. The movie makes no apologies for its lack of back story, it instead embraces the opportunity to launch into a new story without having to get bogged down with introducing all of the characters. This allows the movie to kick into high gear right from the beginning, delivering the explosive fight scenes that comic book fans around the world have been waiting for without wasting any time.

Well. This is awkward.

Visually, The Avengers is impressive throughout. The CGI works well for the most part, and each of the epic fight sequences feels believable in the film’s universe. Joss Whedon has done a great job with both the action and the dialogue sequences, as well as striking a good balance between the two. While the dialogue scenes are only really there as a setup for the next action sequence, they are still fun and display the quick banter and quips that Whedon scripts are famous for.

Unfortunately, this can sometimes make the movie seem a little too clever for its own good. While quips and one liners are fun, they aren’t always necessary and can sometimes lessen the impact of a scene. It’s a minor quibble, but it can get annoying when a character says something just to sound cool rather than for any story or character driven reason.

There is very little character development on display in The Avengers, the movie assumes that everyone is familiar with these people and doesn’t feel the need to push them any further. Much of the conflict in the movie comes from these established characters clashing over different ideologies and methods. With an ensemble cast, there is always the danger of allowing more popular characters to dominate the screen, but The Avengers strikes a great balance between each of the heroes. While ‘the big three’ (particularly Iron Man) tend to be the focus of the action, none of the characters feel like they are tacked on to fill out the numbers.

When do we get our own movie?

Each of the actors does a great job with their role, hardly surprising since they have for the most part already had one or two movies to perfect them. Even more importantly, there is great chemistry between the cast. The bickering and joking between the heroes makes them feel a lot more believable and helps push the story along between explosions.

On the hero side, Mark Ruffalo is the stand out member of the cast, eschewing the angsty and tortured Bruce Banner of previous movies in favour of a much more affable character that has accepted who and what he is and is just trying to get on with his life. This is definitely the best appearance of the Hulk in a movie to date, I wouldn’t be surprised to see the character relegated to ensemble movies from now on. 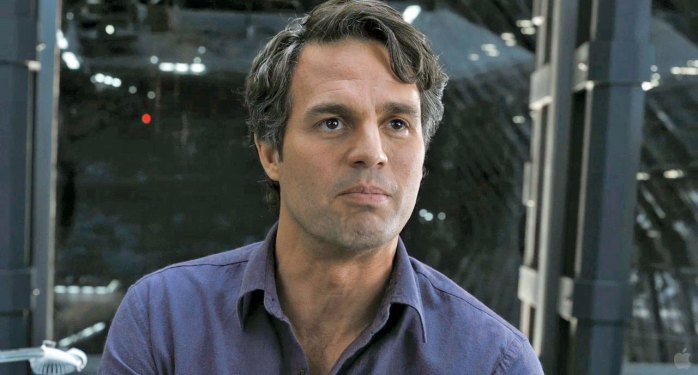 Banner’s just this guy, you know?

On the other side of the battlefield is Tom Hiddleston reprises his role as the brilliantly manipulative Loki. Hiddleston was one of the best parts of Thor, and his performance here builds on that foundation and takes it to the next level.

I found the mind games that he played with the main characters (especially his mental sparring with Black Widow) to be much more interesting than a lot of the action scenes. He is a villain that is both evil and tragic, and it’s a credit to Hiddleston that you can see so many layers to his performance when he is in the middle of such a big ensemble picture full of CGI and explosions.

Please be in Thor 2.

Unfortunately the nature of the film prevents us from really seeing any of his motivations, or the details of his plan. While the movie avoids becoming bloated with the need to set up and follow each character, the story seems like it’s gone slightly too far in the other direction. The Avengers feels like it’s a selection of the scripts most exciting scenes, which works great at maintaining momentum – but leaves the movie feeling like there have been a number of important points cut out.

Characters go from warily respecting each other to being best pals in the blink of an eye, and several important story moments are left behind with little explanation (did Loki’s staff make them all angry?). The balance between quiet and action scenes is a difficult line for any movie to walk, particularly in a superhero film where much of the appeal comes from watching the stars battle it out on a grand scale, but I feel that a little tighter editing could have given the movie the extra time it needed to flesh things out.

Overall, The Avengers was a fun if slightly shallow action film. Anyone who has enjoyed the previous entries in the franchise will love it, and even newcomers should find it enjoyable (if a little confusing). It will be interesting to see where Marvel goes from here, the next entries in the Iron Man and Thor franchises are already in development, and The Avengers 2 is sure to be given the go ahead soon.

With the interconnected nature of the various movies, Marvel has done away with the traditional model of sequels and trilogies and instead created something closer to the old serials that used to play before the big movies. I’m not sure how long they will be able to maintain it, but as long as they keep delivering quality action movies I’ll be happy to go and see them.

What I Didn’t Like – Plot leaps. Sometimes a little too clever. Rushed. Little character development.

2 thoughts on “Film Review – The Avengers”