It is a rare treat for me when I get to come to a film completely fresh – without any hint as to what will unfold over the next two hours. It is a rarer treat still when coming into a movie this way sees me leaving it dumbstruck at just how good it was.

Cube was just such an experience – and as such I find myself incredibly reluctant to say too much about it, for fear of spoiling the fun for you. 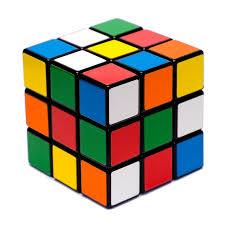 You see… so much fun!

Cube is an almost perfectly crafted potboiler. It begins with the most basic of premises – a setup that feels like it should be a cliché, though it certainly never feels tired or wasted: Six strangers wake up in a room and have no idea how they got there.

That’s all I’m going to tell you about the plot.

If you’ve got questions, then trust me, Cube will ask them. The whole narrative is built on questions. More importantly, the writers also know exactly how and when to provide answers.

That is what makes this flick such a gripping experience. When my friends and I first sat down to watch this, we were all sitting on the one couch, on the very edge, leaning forward and frozen to the spot. We remained that way for the entire movie.

A few of the faces in the cast will be familiar to long-time fans of sci-fi television, and the filmography of director Vicenzo Natali is full of similarly well crafted slices of speculative fiction. Put simply, these people know their genre, and they know their jobs.

Made on a shoestring budget, Cube is proof that hard work and good ideas can be elevated into compelling stories.

Admittedly, for me at least, the film doesn’t have as much rewatch value as, say, The Matrix. Part of hooking the viewer depends on that sense of not knowing, and once that’s gone the movie hasn’t really left any other layers to examine. But, let’s face it, there are far too few movies that even have one good viewing in them – and this is one that is worthwhile.

I would highlight that this film actually has much broader appeal than just to fans of sci-fi. The set-up does not become a distraction from the human/relational element, and that, again, is just plain good storytelling.

Cube – better than all the other shapes. 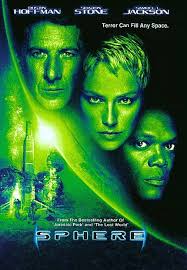 Ok, this requires a bit of effort, but it’s totally worth it. Hold an all-night movie marathon in a big church hall where you can set up a projector an a huge screen. Start the evening by watching a few crowd-pleasing sci-fi blockbusters. Spend the midnight hour playing for a little while on the Nintendo 64 (…or something more recent I guess). Put on something really well-respected, but just plain baffling at about 12:30-1am (like Akira). Then, just as half of the guys are about to fall asleep, throw on Cube, and then rivet yourself to a chair right in front. Sleep can wait.