‘Since first soaring onto television screens in the 1960s, Star Trek has become one of the most beloved franchises of all time. Now, the original Captain Kirk, William Shatner, travels around the globe to interview the elite group of actors (Chris Pine, Patrick Stewart, Avery Brooks, Kate Mulgrew and Scott Bakula) who have portrayed the role of Starship Captain, giving fans an exclusive behind-the-scenes look at the pop culture phenomenon as well as the men and women who made it so.‘ 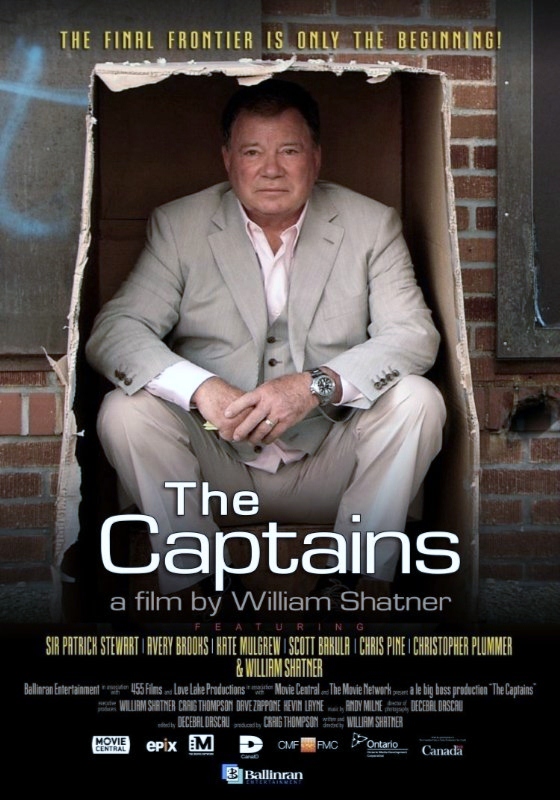 William Shatner has made a whole comedy act out of poking fun at his most famous role, but you don’t often hear him or any of the other Star Trek actors talk about the impact that it had on their personal lives. There are plenty of documentaries out there that talk about how obsessed the fans are, or what impact the show made on television, but how does it feel to be a part of something so massive?

The Captains is a very honest, if a little END_OF_DOCUMENT_TOKEN_TO_BE_REPLACED