‘A love story about one of the most influential filmmakers of the last century, Alfred Hitchcock and his wife and partner Alma Reville. The film takes place during the making of Hitchcock’s seminal movie Psycho.‘

Alfred Hitchcock. Even people who aren’t into film have usually heard of him; and you can bet they’ve heard of his most popular film Psycho. But despite what you may have heard, Hitchcock is not really about the making of Psycho. It is instead a look into the psyche of the great director, and the sometimes tumultuous relationship he has with his wife Alma. This is a movie that looks at the price of fame on Alfred Hitchcock, and those around him. An incredibly personal tale of obsession and the darker nature of the human psyche, as well as how often we take those around us for granted. 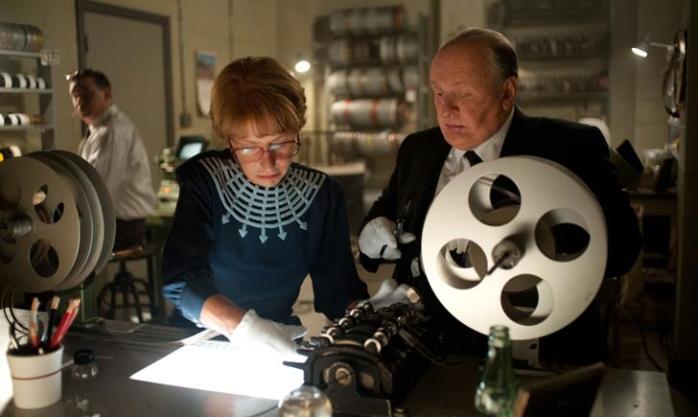 It’s all about these two.

Hitchcock hinges almost entirely on the performance of the two leads. Anthony Hopkins is in fine form even through the prosthetics; it doesn’t feel like you are watching Hopkins play Hitchcock, you are watching the man himself. He manages to channel the essence of the great director without being a caricature. Helen Mirren more than holds her own here though, her portrayal of Alma conveys exactly how frustrating it must have been to live with such a difficult but brilliant man. Her struggles to find her own place outside the shadow of her husband create much of the emotional depth of the film; she craves acknowledgement but knows that only she can bring Hitchcock back on to the right track to make Psycho a great film. While the private nature of the Hitchcock’s means that a great deal of the film is conjecture, it never feels unbelievable.

Unfortunately, most of the supporting cast feels pretty flat when compared to Hopkins and Mirren. While some of them (James D’Arcy as Anthony Perkins in particular) are the spitting image of their historical counterpart, every character outside of Alfred and Alma feels almost like a cameo. Even Danny Huston’s sycophantic screenwriter Whitfield Cook feels thin despite being the supposed temptation for Alma to go her own way. While the focus obviously needs to be on the main couple, the film would have been well served by fleshing out the supporting characters. 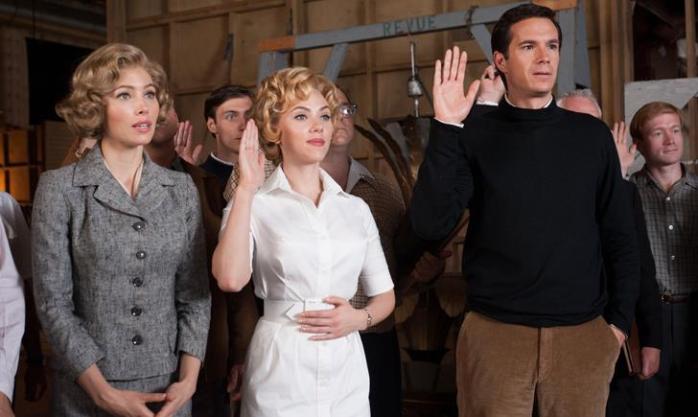 The film could have benefited from fleshing out the supporting characters.

Sacha Gervasi masterfully creates a sense of tension throughout the entire film, evoking many of Hitchcock’s own films. Hitchcock delves deeply in to the darker side of human nature, but some aspects work better than others. The use of Michael Wincott as a hallucinatory Ed Gein seems interesting at first, but it doesn’t really add anything to the film and sometimes serves as a distraction. Even though Hitchcock was denied permission to use any footage from Psycho; a tough barrier to overcome – Gervasi manages to convey everything the audience needs to know about the film by showing us the reactions of everyone involved. Watching Alfred Hitchcock stand outside the theatre and dance around as if he is conducting the screams tells us more about both the man and the film than any historical footage ever could.

While some of the facts may be a bit skewed here and there, Gervasi has gone to great lengths to communicate the essence of Hitchcock, even going so far as to have Hopkins talking to the camera as if we were watching an episode of Alfred Hitchcock Presents. Like Psycho itself, Hitchcock is a movie that is all about the emotional essence of the story rather than any particular facts; we feel the struggle between Alfred and Alma, we feel the horror of the studio executives when confronted with the idea of producing ‘a cheap horror movie,’ and we feel the mixture of terror and delight emanating from the audiences of the film. 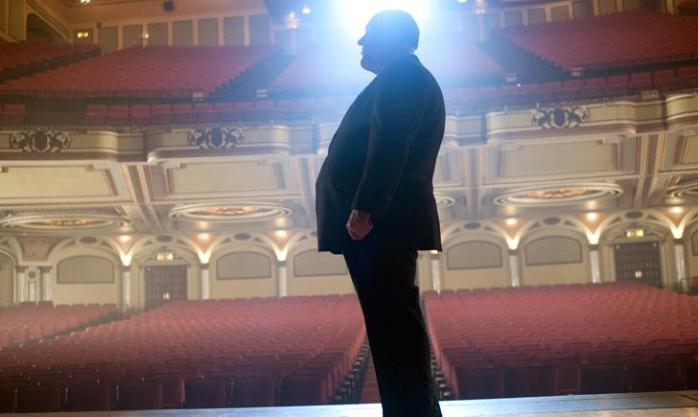 Hitchcock is all about the emotion.

Overall, Hitchcock was a thoroughly enjoyable movie, although it might not be quite as interesting for anyone not interested in the history of cinema. Psycho was one of the watershed moments in horror, and Hitchcock serves to remind us just how difficult it was to bring genius to the screen. Hollywood stands accused more than ever of refusing to take any risks, but the story behind Psycho reminds us that this has always been a problem, and likely always will. But as long as we have people with the guts and determination to bring their vision to the screen, I think we’ll be alright.

What I Liked – Anthony Hopkins and Helen Mirren’s excellent performances. Great use of tension to evoke Hitchcock’s films. Creates a great sense of what Psycho was like without showing a single frame.

What I Didn’t Like – Some of the Ed Gein moments felt out-of-place. Some of the supporting cast faded into the background.

For more information on our rating system, click here.