Do you really need anything more?

Starring: Sean Connery…and seriously who else do you need!?!!?

In the years following the 70’s, sci-fi cinema had a fairly steady audience, what with the meagre contributions made by flicks like Star Wars (have any of you seen that one?…not bad). As such, it became a reasonably good way to ensure that people would pay for a ticket if your next romantic comedy also featured some manner of shape-shifting alien. 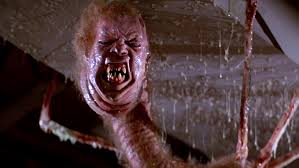 Kiss me you fool!

In all seriousness, it was a good period for those who were developing sci-fi ideas. Not everybody had an unlimited budget to work with, but as Outland shows, it’s impressive what can be done with a bit of hard work to make up for it.

The Best of the Bonds (Pty. Ltd.) plays a Marshall assigned to a mining station set up on Io – that’s a moon of Jupiter. 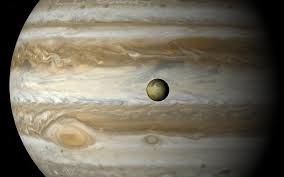 Marshall William T. O’Niel (because all the best characters share the middle name of T) uncovers a criminal organisation at work on this remote station, dealing in drugs and death. However, O’Niel is the lone good cop in a bad town, and finds himself very much alone in his pursuit of justice, which is rapidly turning into a quest for survival.

It’s a Western, is what it is. But what makes it so accessible is the treatment of the players and the setting as being akin to workers stationed in off-shore oil rigs, or long-term posts in the remote wilderness of Alaska.

These are familiar types of workers here: blue-collar all the way. The theme hangs heavily over the piece, in that the terrible pressures and problems are a result of upper-management types seated in comfortable offices on earth, issuing orders from millions of miles away, and caring only for the bottom line.

Connery, as he always did, plays the part with grit and sincerity – his character made more relatable by delving into his family, and the sense of loneliness he feels at being separated from them for so long.

The look of the film evokes much of the same feeling as exploring the star freighter Nostromo in the film Alien. This was unsurprisingly as result of the low-budget of the film: unable to manufacture their own sets, director Peter Hyams was able to utilise the same ones that had featured in Ridley Scott’s masterpiece.

Outland is a wonderful exercise in genre fusion – and it’s a wonderfully tense little thriller to boot. It’s not winning awards for originality, true, but then again, what does? Outland is a grown-up treatment of sci-fi, which in something refreshing for those who might be a little tired of the amount of kid-friendly fantasy out there.

Kick off your shoes, take off your shirt, grab a beer, and be thankful that, in actual fact, you don’t ever have to experience those kind of cramped, isolated, poorly stocked, hopelessly dull working conditions.

One thought on “Esoterica – Outland”